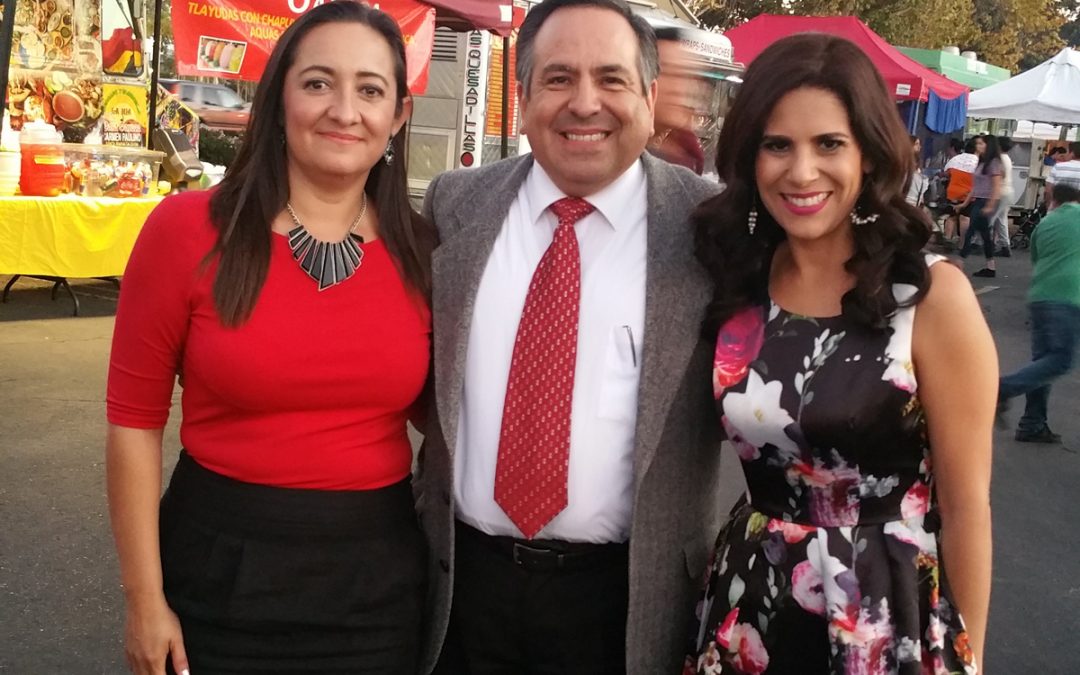 The votes are in and counted, and the winner is Marco Quintanar, supervisor of Family Service Agency’s Long Term Care Ombudsman program.

In honor of Hispanic Heritage Month, Entravision Communications launched the “Nuestros Héroes” (Our Heroes) campaign and focused on four Hispanic leaders representing different community sectors in the Central Coast. The public was invited to vote on their favorite leader via social media. Marco won with 467 votes and was honored at the Downtown Friday event in Santa Maria on October 21.

In his 26 years of living in Santa Barbara, Marco has worked tirelessly to help seniors obtain necessary services and ensure their rights are respected and that they are treated with dignity.

Marco was born in Mexico City and received a BA in journalism from la Universidad Nacional Autonoma de Mexico. In 1990, he migrated to the United States with his wife and daughter, becoming a US citizen in 1998.

Marco has been helping the Latino community since 2000, first as a counselor for people with alcohol and drug addition, then later helping elderly people obtain services in the community. In 2010 he joined LÉON, a group of volunteers whose mission is to link seniors with services in the community. He served as president of LÉON in 2013 and started the organization’s first Grandparents Day event in 2014. The third annual event was held in September with an attendance of over 200 people.

In 2014, Marco began working for Family Service Agency’s Long Term Care Ombudsman program which advocates for the rights of long-term care facilities residents in Santa Barbara County. His work includes the supervision of 150 facilities and 5,000 residents.